Feel the Expanse of History

There are many historic sites in Hanamaki, the earliest dating from the Jomon period. They 電話l us about the local conditions of the time and the lives of our ancestors. Let’s discover Hanamaki’s history by visiting these historic sites, especially the temples and shrines. 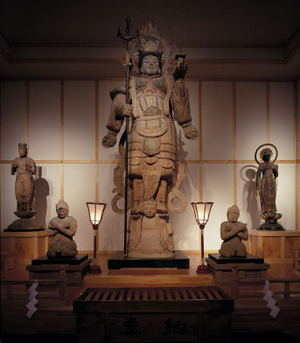 (An important national cultural property)
This is the tallest statue carved from a single zelkova tree in all of Japan. According to legend, this statue was ordered and dedicated by Tamuramaro Sakanoue, a general who ruled this area in the Heian period. Narushima Mikumano Shrine Ph.0198-42-3921 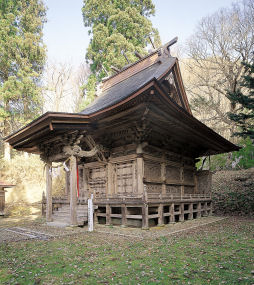 (An important prefectural cultural property)
It is said that this shrine was built by a pupil of Kukai.(Kukai, also known as Kobo Daishi, founded the Shingon sect of Buddhism in the Heian period.) The lord of Hiraizumi, Kiyohira Fujiwara, was a devotee of this shrine’s central figure. The ornamental carving and zushi (a kind of chest to hold Buddhist objects) of the shrine are registered as important prefectural cultural properties. Also, there are seven “wonders” in this shrine, such as a stone that snow doesn’t accumulate on. Director Obara Ph.0198-44-2623 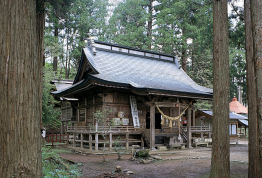 During the Enryaku period(782 – 806 AD), Tamuramaro Sakanoue founded this shrine after praying here for his conquest of the region. This shrine is nationally famous for its unique event, the “Crying Baby Sumo Tournament.” Mikumano Shrine Ph.0198-42-3921 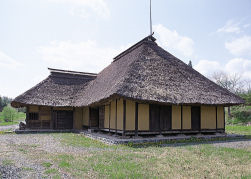 (An important national cultural property)
This house is estimated to have been built in the middle of the 18th century and was a typical farmer’s house at that time. The animal shed was built into the house so that the farmers could live together with their livestock. Furusato History Center (closed in winter) Ph.0198-42-3056 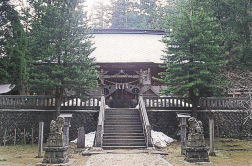 (An important prefectural cultural property)
It is said that Hyobekyo Narifusa built a small shrine at the top of Mt. Hayachine in 807 and this became the foundation of Hayachine Shrine. In the period of domain duties, the Nambu lord Toshinao, built this shrine as a sanctuary for the god of the original. You can see the architectural techniques, carving and decoration of the Keicho period (1596 – 1615). 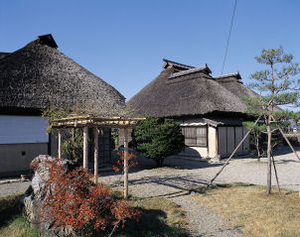 This house was built in the Edo era and doshin (Edo-era samurai public servants) lived there. Traditional Japanese tea is served on certain days between May and October. 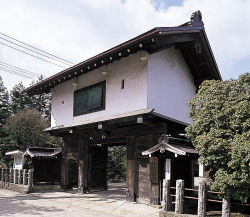 This gate, a simple two-story castle gate with traditional white clay walls on the second story, is the only remaining original structure of Hanamaki Castle. 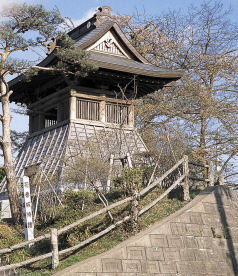 This bronze time bell, 95cm high and 78cm in diameter, was relocated from Morioka Castle and placed in the second bailey of Hanamaki Castle. 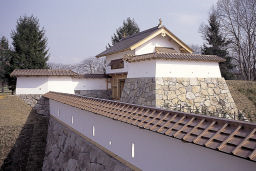 Finished in 1995 to commemorate the anniversary of Hanamaki’s foundation, this two-story wooden structure has a double gate called Masugata Wakido Yagura. It is 10 minutes’ walk from Hanamaki Station, 15 minutes’ drive from Shin-Hanamaki train station. 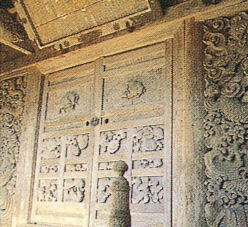 This kannondo temple, built at the end of the Edo era, is covered by a marvelous decorative carving called brattishing. It is built in a traditional Japanese called Niken Shimen, which means there are two walls in front and wide eaves in all directions. Ph.0198-45-5579 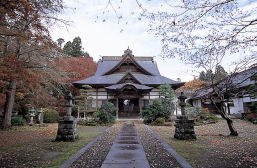 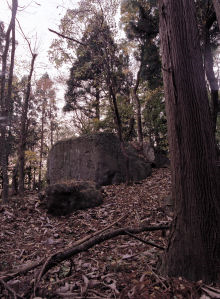 Niibori, a vassal of Hienuki (the local ruler of medieval Hanamaki), lived in this castle. Some communities around this ruin are named for their historical connection to the castle. 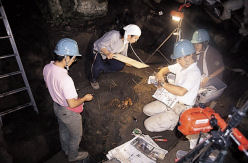 In this cave, researchers discovered the bones of a man from the Yayoi period(3rd century BC) for the first time in Tohoku. Some stone remains in this cave are from the Jomon period (about 10,000 years ago). 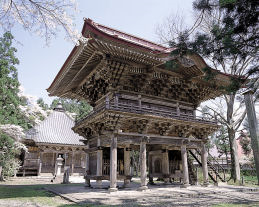 This is counted as one of the three major Kiyomizudera temples in Japan (the others are in Kyoto and Hyogo). It is said that Tamuramaro Sakanoue founded this temple by dedicating an 11-headed Buddha statue that had miraculous efficacy for battle. This is the first of 33 temples in the Tohoku pilgrimage circuit. Ph.0198-28-2624 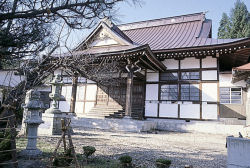 Founded in 1381, it houses the graves of the Hienuki clan. The Dobutsu Kannondo Temple is halfway along the path to the main temple. Ph.0198-45-5579